Golf Courses in the Philippines

7,107 Islands make up the Philippines. There are 101 known golf courses spread out throughout 5000 of those islands. On this section, you will see the different Philippine golf courses. If you see any courses that have closed or are not on our list. Please email us at [email protected] to let us know.

In 1886, during the last years of the Spanish occupation in the Philippines, the British workers who were contracted to work for the Manila Railway Company, introduced the game of Golf to the Filipinos in Manila.

These British railway workers built a 3-hole course in the paddy fields south of Intramuros, Manila. Then later down the line during the American occupation in 1901, a 9-hole golf course was built next to the railway station by its workers. This was also the beginning of the Manila Golf Club.

In the Visayas region, a 9-hole golf course was also built by the British and Scottish expatriates in 1907. This course was the Santa Barbara Golf Course, which was also built by the railroad workers, who were building the Panay Line of Panay Railways. This oldest golf course in the Philippines was developed into an 18-hole course, and is still in operation is now known as the Iloilo Golf and Country Club.

People don't know much about the Philippines and they either get transferred to a particular area for work in an area besides Manila or choose to live a more provincial lifestyle. We have created an easy breakdown of where the courses are located by clicking below on your region or city area. If there are any that we have missed in your area, please drop us an email at [email protected]! 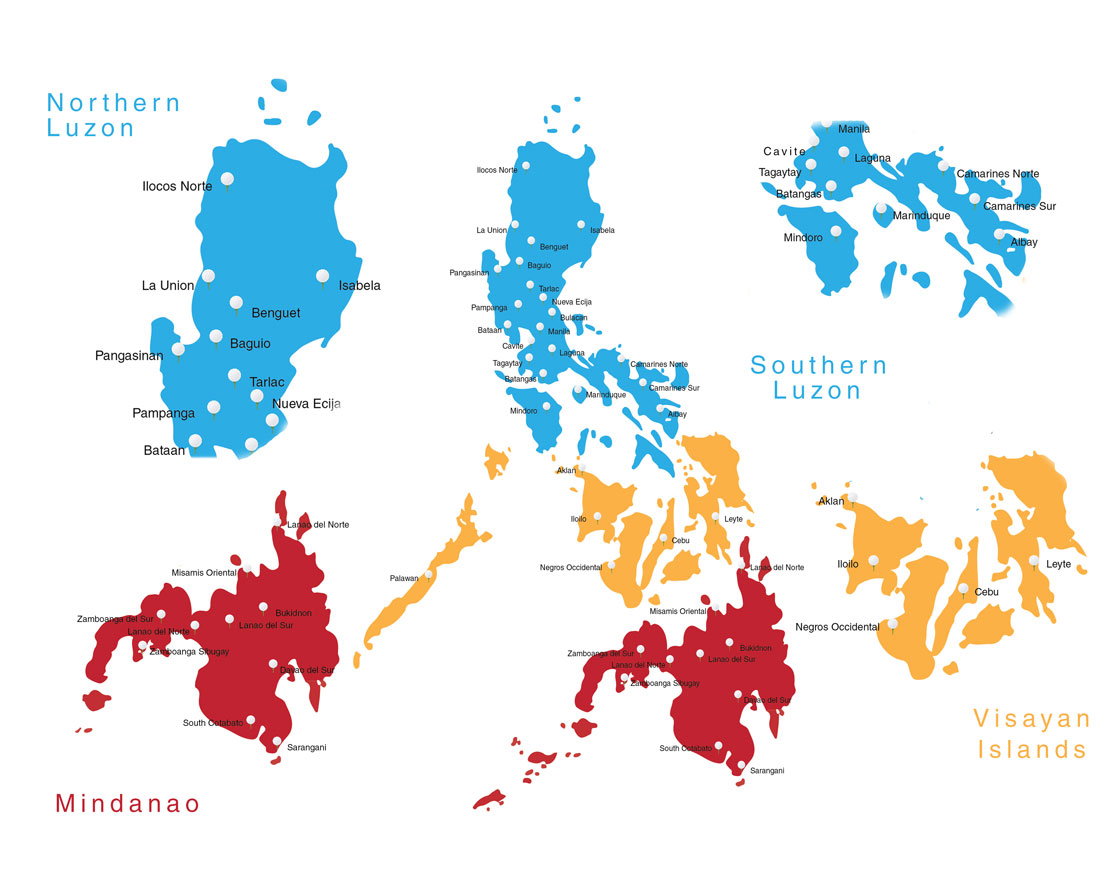 The oldest golf club (not course) in the Philippines which is the Manila Golf Club which still operates today but in a different golf course started the development of the game golf in the Philippines. The club was formerly exclusive to foreigners, but in 1928 the club was opened to the natives.

Larry Montes, the first Filipino won the open, was privileged of sitting at the presidential table during the ceremony, was barred from the clubhouse due to him being a caddy. This created discord among the members of the club.

After the incident, an American member William “Bill” Shaw who was dismayed by the discrimination founded the Wack Wack Golf and Country Club, which opened its doors to everyone.

The Philippine Cup tournament continues to be held annually, but is no longer held exclusively in the Manila Golf Club.

In the 1990s the National Golf Association of the Philippines became the national sports body for Golf in the Philippines that organizes the Philippine Open, taking this responsibility over from the Wack Wack Golf and Country Club.