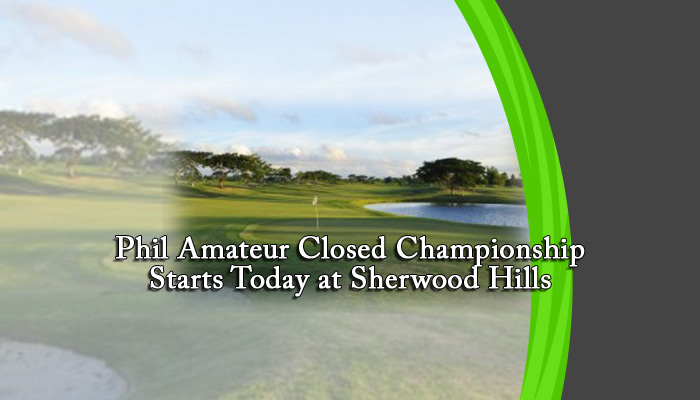 Today marks the opening of the Philippine Amateur Closed Championship tournament at the Sherwood Hills Golf and Country Club in Cavite.

Gio Gandioco, who was rewarded the Cebu Country Club’s title romp in the recent PAL Interclub, leads in the five-day tournament wherein he made a 36-hole stroke play elims in the first two days of the competition.

A close battle is also expected in the seniors division which will be attended by former national player Bing Bunye, Bong Vilchez, and Gen. Boni De Castro.

Paul Vesinica, Junio Vesinica and Rene Menor of Iloilo Golf and Country Club will also be present in the match sponsored by Pancake House, Golf Depot, Airphil Express and Titleist.

Want to read more? Check out the links below