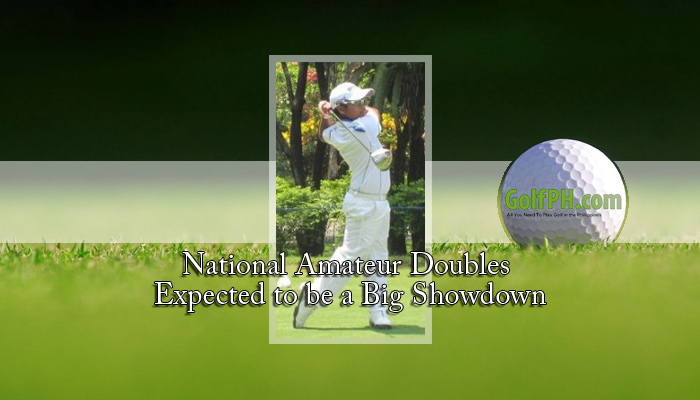 The National Golf Association of the Philippines (NGAP) will hold the first NGAP National Doubles Amateur Championship this December 26, 2011, at the AFP Golf Club (formerly known as the Aguinaldo Golf Club). The three-day event tournament was set to be one of the main moves of the NGAP to promote the game of golf in the country.

The NGAP National Doubles Amateur Championship will feature the four-ball (best ball), foursome (alternate shot) and aggregate formats, to be composed of Group II, Group III and Ladies divisions. The foursome is to be held in the first round, the four-ball in the second, with the final round as the combined aggregate of the participating teams.

The NGAP hopes to have the doubles tournament to be a regular event held every December of each year. This will give the chance of players based in the US to visit the Philippines and be part of the doubles tilts. This will also help players earn more ranking points. This year’s tournament will also serve as a warm-up for players competing in the 2012 Philippine Amateur Open at the Canlubang Golf and Country Club, on January 5 – 8.