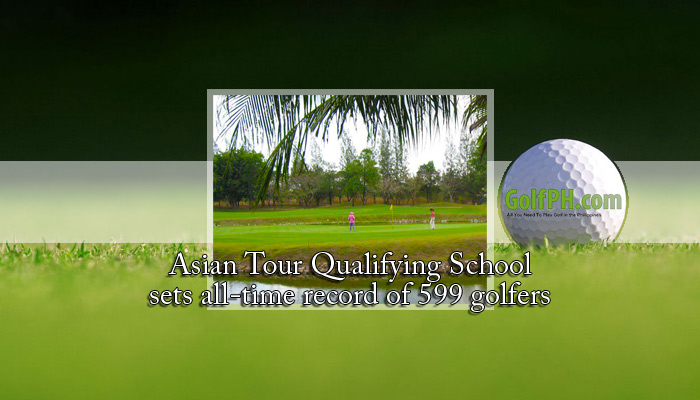 The New Year promises a bright future for golf as a record-breaking number of 599 golfers signed up for the upcoming 2012 Asian Tour Qualifying School, all vying for the chance to earn the playing rights in the much awaited Asian Tour season this year.

The record exceeded last year’s total of 433 entries and also surpassed the 2009 record of 507 participants.

For the First Stage of the tournament which will be held at the Imperial Lakeview Golf Club in Hua Hin, Thailand on January 11-14, a total of 444 players have signed up. However, only the top 20% of the players after the fourth round will qualify for the Final Stage which will take place on January 19-22.

Meanwhile, 155 players have been exempted from playing in the First Stage and were automatically qualified into the Final Stage, which will be held at the Imperial Lakeview and Springfield Royal Country Club. Only the top 40 in the Final Stage will earn their Tour cards for 2012.