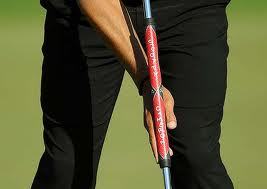 Why change it? What impact will this have to amateurs? How about senior players that still continue to stay in the game competitively because of the less back strain they achieve by using the broomstick putter? A lot of questions surround the amendment of this rule change.

Some speculation that brought about the sudden decision to the rule change is maybe that 3 of the last 5 major tournaments in 2012 were won by players using a broomstick putter. USGA and R&A maintain that it is not the reason why they decided on implementing the change, but the fact that many players are now resorting to the anchored style of putting. “Excessive” use of anchoring or the stroke being used in other shots such as chip shots around the green was also deemed as one of the reasons.

CBS anchor and former PGA tour player Johnny Miller had the chance to interview PGA Commissioner Tim Finchem during the final round of the Accenture Match Play Championships. The Commissioner states that He is opposing the rule change. “All pros have tried it, but not everyone used it. It’s not really that all players are opposed to the change, sure some players wants it removed, but majority of the players agree with me that it is pre-mature on the USGA and R&A’s part to suddenly decide on a ruling that they approved twice over the last 25 years”. Johnny Miller gave his personal input that the anchored strokes prevents the wrists from twitching or that “juke” move (creates a pull or push putt) as they call it before the stroke. Commissioner Finchem went on as” the absence of data and a concrete conclusion that anchoring creates a competitive advantage is a major question and see no reason why change it”. 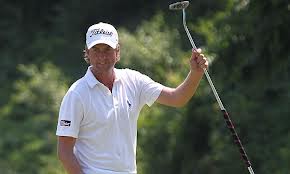 Professional players such as 2012 US Open Champion Webb Simpson will be directly affected by this change. 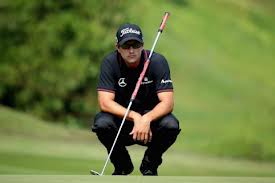 Australian star Adam Scott rejuvenated his career when he switched over to the broomstick putter.

Commissioner Finchem added “that statistical data shows that 20% of amateurs in the world use it and 50% of college kids in the United States chose to play with the long putter. A swing rule should be substituted on anchoring and not the total ban as the governing bodies of golf proposed.” The PGA is still hoping that the USGA and R&A will change their minds on their decision.

Once the governing bodies of golf approve of the change, it will be part of the R&A’s Rules of golf. The R&A Rules of Golf is the “bible” when it comes to golf rules, and is applied to all amateurs and professional golfers all over the world. There will be a lot of debate in the next couple of months, and it will be interesting to see how it will all conclude.

These other related articles might be helpful to you