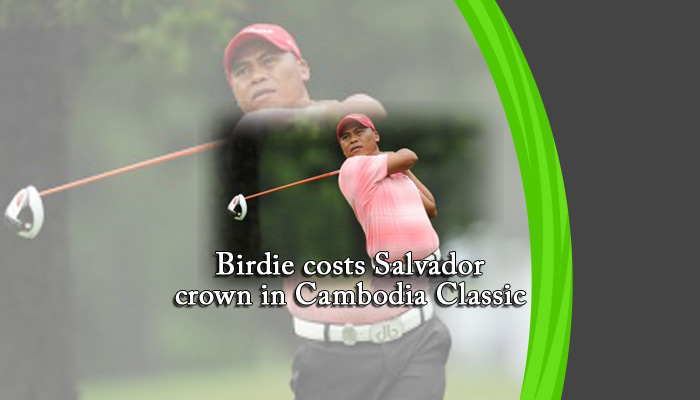 In another heart-breaking loss, Filipino golfer Elmer Salvador miscalculated a 10-foot birdie which placed him and head-on competitor, David Lipsky, in a sudden death match. Lipsky then made a deciding chip-in birdie, which ultimately led the smooth-playing American golfer to win the crown at the inaugural Cambodia Classic. The amazing game, which was participated by high-caliber players, was held at the Angkor Golf Resort in Siem Reap, Cambodia.

Salvador held a topsy-turvy game, wherein his rather good stroke of luck were messed up by awkward shots. His awkward 72nd hole birdie, and as well a a missed putt down on the 18th hole allowed Lipsky to catch up and bag the crown.

To note, Salvador has had two near wins in a playoff row – the first at the Asian Hole last year, with him losing out to India’s Himmat Rai at the sixth playoff hole. The Filipino golfer will bring home the prize money amounting to $32,550, as compared to Lipsky’s $47,550. Salvador admittedly concedes on his inconsistent play, yet praises Lipsky on the tough winning shot as well.