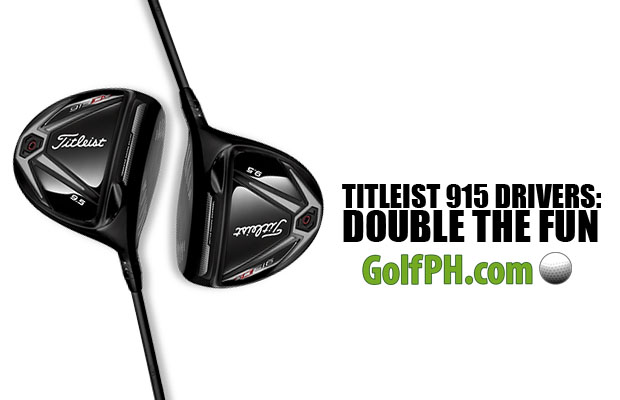 Titleist: At the cost of sounding repetitive, the name evokes memories of being a low handicap player’s dream. High handicap players wanted to stay away due to these club’s reputation of being unwieldy. No wonder that the company’s USP has always been its golf balls where they have 70% share.

They do make clubs and good ones at that. The 714 AP2s are right up there in terms of best irons in golf. Their wedges, the vokeys are some of the most respected wedges in golf. I have used them and can attest to their marvelous playability. While Titleist have released some downright amazing clubs there have been some which have failed to raise the bar.

Titleist engineers knew that they would have to come up with something special to compete against the big boys with their low spin drivers. Especially after Nike came out with their new Nike Vapor line. They decided to do the ‘Titleist’ way of doing things. Give the players what they needed but not necessarily wanted.

More forgiveness across the face while increasing ball speed. They did this in a few ways.

1) Meet the arc: Not that ‘Arc’ but the Active Recoil Channel. Yeah, it’s been done before and by numerous companies, but Titleist say that their arc extends almost through the entire sole of the club which increases ball speed and reduces spin.

2) Radial Speed face: The high speed face insert with a thick center and radially thin perimeter in the heel and toe, delivers more distance on off-center hits. The crown is also lighter than the previous Titleist 913 driver, now that it uses Forged 6-4 titanium face a Ti-8-1-1 light density casting crown and a marginally thinner heel and toe to save weight.

3) High MOI: Pushing the weight back in the club to ensure that maximum forgiveness can be attained.

Blurb from the Titleist site on their new offerings:

This is the stable of stock shafts and offerings with each driver.

On to the test:

I had the opportunity of testing the club at a driving range event at Kagitingan (Army) golf. I tried the Asian tour specs with the specially made Speeder 661 shaft and did not care much for it. I did see enough promise to take the plunge and order 2 heads. the 915 D2 and 915 D3. Both heads in my opinion play differently and it is up to the golfer to choose what he wants out of them.

915D2: The 460cc club has always been the younger brother, more suitable to higher handicaps with an accent on high forgiveness. The D2 launches higher than its older brother and is noticeably more forgiving. I did notice that with both clubs the ball felt hot off the face. It almost felt like the ball was exploding off the face.

Distance is quite good but the ball spun too much for me even at the lowest setting. The Sure Fit hosel is back and to be fair I agree with the Titleist team on not changing a good thing. There are 16 different options and the lofts can be fiddled with +1.5 degree up and 0.75 degree down. I had bought the 9.5 but I could see right off the bat that I should have gone with the 8.5 option to get my spin numbers down.

One thing I did like about the club was its willingness to go straight. I mean, dead straight. I am slowly moving towards being a player that likes to work the ball. I don’t like the boring straight ball flight that most people would die for. Give me a 20 yard fade into the right rough any day. Anyway, the club did a marvelous job of staying straight which I was thought would be a boon for a lot of golfers.

*I tested both clubs with the Aldila Rogue Silver shaft in stiff.

915 D3: The older brother is a smaller 440cc head and carries on the Titleist tradition of offering a workable head with a smaller profile. This head was more up my alley. With a setting of D1 (lower loft and a little fade bias), I managed to get the ball flight I was looking for. This club is a boon for players looking to work the ball both ways. I was able to work the ball without fuss and the distance was not too bad.

The Aldila rogue shaft is offered as standard on the US spec club and is a great option. While not comparable to the 125 msi tour version, this shaft is the real deal and not a ‘made for’. This is a low launch, low spin option and is a boon for higher swing speed players who tend to generate high spin numbers.
I managed to hit this on a launch monitor and was getting ball speeds of 151 mph which is about right for my swing speed. I managed to poke a few balls at around the 290 mark too and was generally pleased with the performance.

The Sure fit hosel chart: 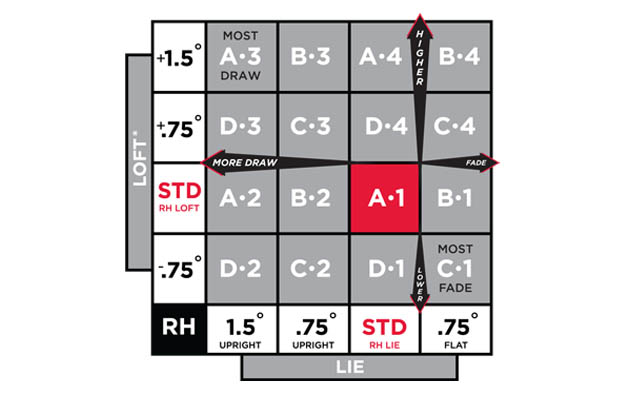 Titleist managed to significantly improve on the 913 series which, while good, lacked in the distance department. They have definitely made up for it with the 915 series. The ball ricochets off the face and the feel is quite good. My only knock is that it is not as low spinning as some other clubs from other manufacturers. Its forgiving on mishits and I don’t lose as much distance I normally would, which I think is awesome.

The sound and I know some who are sticklers for that (me included), is a little loud and more metallic. Though, it’s not offensive in the least. The driver for me is the best looking driver in the market. It’s a great testament that each new iteration of the driver is significantly better looking than the last. It’s a nice looking stick with performance to boot. Titleist sure has a winner.