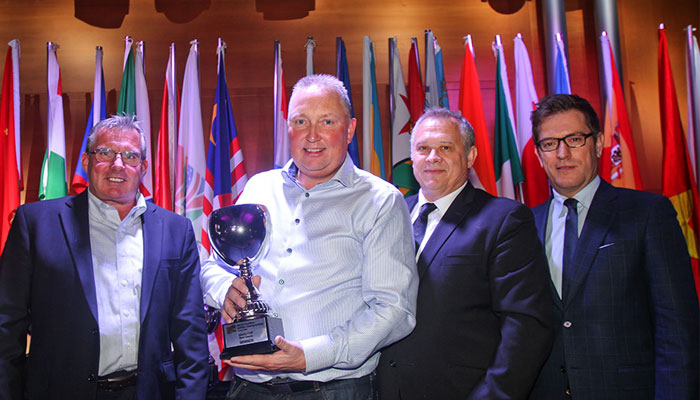 The First Time Ever In The Philippines

Have you ever wondered what it’s like to be treated like a pro in an international world class golf competition?

Every year, thousands of golfers from 45 different countries compete in an International Golf Competition to win the chance to represent their country and bring home the gold at the World Amateur Golfers Championship Finals.

Do you think you have what it takes?

The World Amateur Golfers Championship was founded in 1995 by the late Sven Tumba, Sweden’s sporting legend, who sadly passed away in 2011. As a Professional Golfer and 4 Time Olympic Gold Medalist, it was Sven Tumba’s dream to create an international competition for all to participate.

“An Olympian creating the Olympic experience for the average person. To give the opportunity to those regardless of age, gender, or skill level, the honor of playing for one’s country and the pride of wearing it’s colors. That dream is the World Golfers Championship.”

What makes the WAGC unique compared to most other Amateur golf tournaments is that people of all skill levels can participate, compete and realistically have the opportunity to win and represent their country on an international level.

The World Amateur Golfers Championship (WAGC) currently has 45 different host countries who put up Local Qualifiers and National Championships to determine who will represent their National Home Team. These winners are then sent on an all expense paid trip to the WAGC – World Finals where they get to feel and be treated like a true professional.

At the WAGC Finals, the team winners will be joined by VIP golf enthusiasts, business leaders, sponsors and even royalty from all corners of the globe, who will also compete against people in their respective handicap classes as they try to win and represent their country.

Recognized Across The Globe

Today, the World Amateur Golfers Championship is the largest amateur golf tournament in the World and has been commemorated 22 times in numerous countries from around the globe.

The WAGC is supported by the patronage of world-class golfers worldwide. The late Arnold Palmer and the late Severiano Ballesteros were Tournament Patrons for over a decade. Since the sad passing of Arnold “The King” Palmer in 2016, Annika Sorenstam, who is one of the greatest female golfers of all time has taken over as Tournament Patron and is also the Honorary Advisory Board Chairperson for WAGC. The WAGC is also a partner of the PGA Tour

The winners of the national finals will get an all expensed paid trip entry to the World Finals in Malaysia to represent the Philippines.

The World Finals is an exciting week of intense competition, beautiful scenery, exquisite luxury and great golf. It will be a week long, 4 Day competition under the strict guidance of professional referees assigned from the PGA.

Off the course everyone enjoys various activities such as banquets, networking and having a great time with other colleagues from across the globe.

Format and Rules According to WAGC International

The 2nd Official WAGC Philippines – Qualifier will be held on June 5th at The Assumption Antipolo Batch 92 Golf Tournament at Sta. Elena Golf and Country Club.

Entry Fee: P4,500 includes lunch, giveaways, cart and raffle. Spots will be limited and the winners of the 5 different handicap classes will be given a free entry into the National Finals in late October.

To Register: Please visit https://wagcphilippines.paperform.co. Spots are very limited, so sign up today.

Any questions, email us at [email protected]

Thanks and See You There!