The Debut of Golf at the Olympic Games

It was in the year 1900 when golf was played in the Olympic Games. Paris was the host of these games and the event took place at the Compiègne Club, 30 km north of Paris. The Golf Club that only consisted of 9 holes decided to organize a golf event. At these events 12 men and 10 women battled it out. Nobody knew at that time that the event was part of the Olympics and each event had their own name. The golfers came from 4 nations only; France (9), US (8), Greece (1) and Great Britain (4).

The Men’s division was played over 2 – 18 hole rounds back to back and was won by the American Charles Sands after rounds of 82 and 85. Charles who also competed in the tennis event was a pro at St Andrews golf club in New York. He was followed by Walter Rutherford from Scotland who only missed out on 1 stroke with a total of 168. Third was David Robertson from Great Britain with a total of 175.

The Women’s event was won by the American Margaret Abbot whose daughter also competed with a respectable score of 47. Margaret who was in Paris for the World Expo found out that a golf event was organized nearby and decided to join together with her daughter without knowing the event was part of the Olympics. It wasn’t until after her death when a researcher contacted her daughter with the findings that her mother was actually the first female winner at the Olympics with golf. 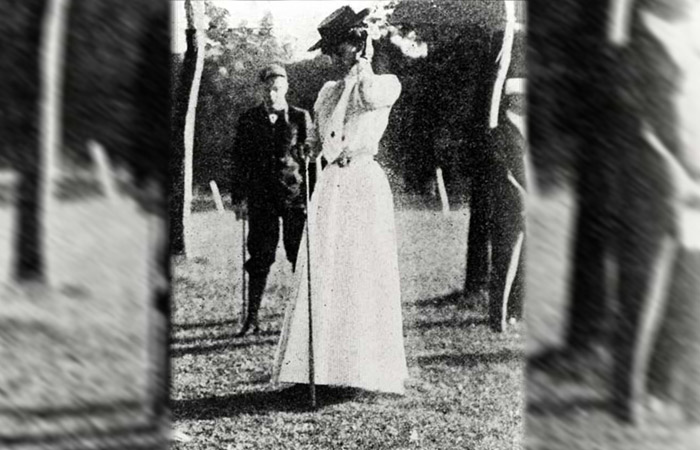 In 1904 there was only a men’s and team competition, the format was changed to match play instead of stroke play 4 years earlier in Paris. It wasn’t as international as most other sports, a total of 75 golfers participated, with only 3 Canadians and 72 Americans competitors.  The 75 golfers played two 18 hole rounds in qualifying using stroke play and the top 32 advanced to the match play rounds. 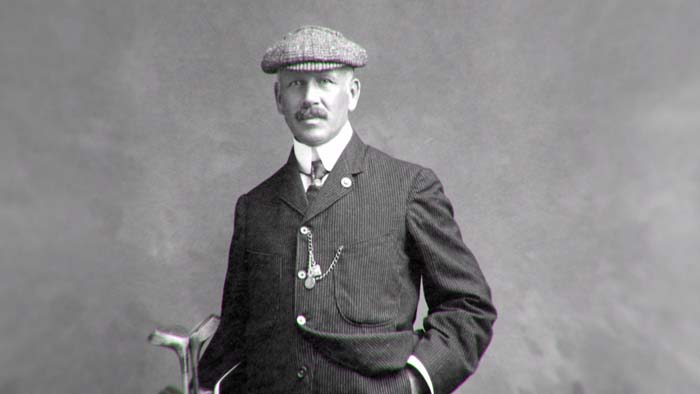 The Glen Echo Country Club in St. Louis was the host of the event. The winner of the individual event was one of the 3 competing Canadians, George Lyon. Lyon picked up golf at the age of 38 and won the Canadian Amateur Championship- a record of 8 times. He won the final in the match play against the Chandler Egan, an amateur golfer and golf course architect from Chicago, with 3&2. Lyon, who is in the books now as the last golf gold medal winner at the olympics, set a new course record for that time during the Olympics with a round of 77 at the Glen Echo Club.

Rio and Brazil in particular is not known as a golf destination, with only 2 golf courses in the city and with 2 players in the top 500 of the world, Brazil is not a nation of golf. So when the Olympic committee looked for a location to host the event, they choose for a venue that had yet to be built. The new venue of the golf competition is called “Reserve de Marapendi’ build by Hanse Golf Course Design. Not much is known yet about the course besides that it is a par 71 with a length of 7290 yards. The layout of the course is said to have a links type feel to it without any buggy paths. As it is on the coast, the strong summer winds of Rio will come into play. 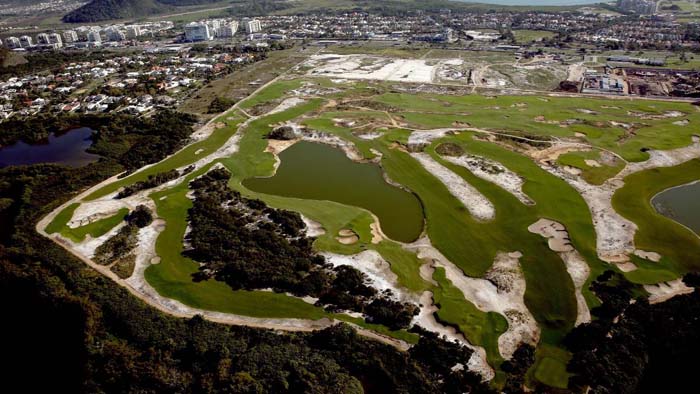 The test event is set to be on Tuesday March 8. The PGA had difficulty finding players to join due to other already set events such as the Valspar Championship where Jordan Spieth will defend his title and European Tour has together with the Asian Tour an event in Thailand. The LPGA tour is off that week but the players are most likely set to join the HSBC Women’s Championship in Singapore on March 6.

Zach Johnson, Jimmy Walker and Rickie Fowler were asked but declined as it interferes with their program running up to the Masters the month after at Augusta.  PGA Tour commissioner Tim Finchem said; ”We want to get some good players on there so if there are things we’re not seeing … you know as well I do, we build these golf courses and ‘Oh, it’s great.’ And then you get the best players in the world on there and we’ve got 10 problems,” he said. ”They see things you didn’t notice. So we want to get that done.”

With that said, the Rio organizers confirmed last Friday that there will be only 9 players in the event. Five men and four women, all Brazilian, will test the course and results system.

The qualification for the Olympics will be based on the world golf ranking on July 11. 60 players will be qualified to play in each of the men’s and women’s events. The top 15 players on the rankings will qualify automatically with a limit of 4 golfers per country. The remaining 45 spots will go to the highest ranking players from countries that do not have 2 players qualified already. The International Golf Federation guarantees that at least 1 player from the host nation (Brazil) and of each geographical regions will qualify (Africa, Americas, Asia, Europe and Oceania).

These qualification rules will make it quite intriguing to see which players will qualify for Rio as only the best four players in the top 15 will qualify to represent the USA. It is safe to say that Jordan Spieth is qualified as the leading American player on tour as well as Bubba Watson and Ricky Fowler who entered the top 5 ranking of the world after their respective victory at the Abu Dhabi Golf Championship back in late January (Fowler) and Northern Trust Open (Watson). The other remaining spot, as it looks now, is going to be a battle between Dustin Johnson and Patrick Reed.

It is going to be some interesting months ahead of us until July 11 to see who will make it to the Olympics. Stay updated as the website of the International Golf Federation keeps a weekly updated list of qualified players if the rankings stay as they are.

High Hopes for the Philippines

The National Golf Association of the Philippines (NGAP) is in high hopes that at least “one male and one female” player will successfully qualify and represent the Philippines in the 2016 Rio Olympics.

As of March 1st, 2016, Miguel Tabuena was ranked #37 and Angelo Que was ranked #52. If the Olympics were to start today, they both would make the cut. Also, Jennifer Rosales, a long time LPGA veteran who is on the cusp of qualifying, is currently just a few spots away on the reserved list.

We will wait until July of this year to see who made the final list.

Only the top 60 players in the world ranked under the International Golf Federation are going to earn spots in the Aug. 5 to 21 Olympics in Brazil.

Sylvester van Huisstede – Sylvester is a Dutch Business Development expert and a dedicated golf enthusiast. He resided in the Philippines where his wife is from and is now living in Cambodia. He also founded the Cambodia Golf Today Magazine with goals to develop golf in Cambodia and promote Cambodia as an upcoming golf destination in South East Asia.