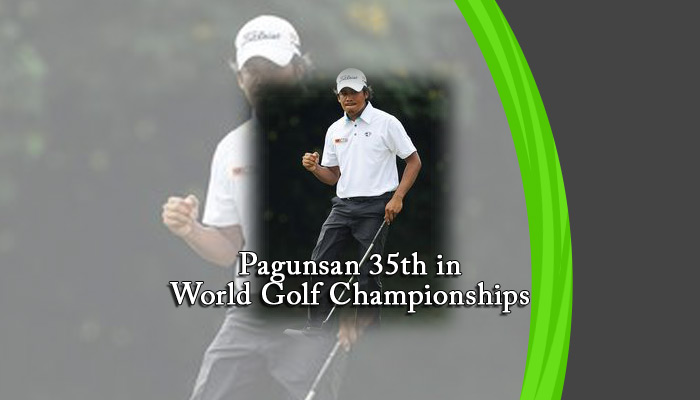 2011 Asian Order of Merit winner and all-time jolly Pinoy golfer Juvic Pagunsan has recently finished his first PGA tour event, the World Golf Championships, as the 35th finisher. A wildcard in an otherwise deck filled with aces, the flashy, former caddie-turned-golf-superstar showed all sorts of golf spectators that the Philippines can definitely match up against the world’s best golf players.

Pagunsan started the tourney with very respectable stats (3-under par 69), which resulted him landing in tied for fifth place. The greens did took its toll on the Philippines’ best golfer, with him suffering from double bogeys and experienced-honed competitors.

Nevertheless, the Pinoy player showed that he may be a threat in the elite field, with Pagunsan beating out the competition on some of the world’s best golfers. Phil Mickelson, three-time champion of the US Masters, KJ Choi, Korea’s best bet on PGA tours, and Sergio Garcia, Spain’s current top golfer, are just some of the talent that Pagunsan seems to have outmatched.

Justin Rose from England won the challenging gathering, with just one stroke from an impressive game played by Bubba Watson. Crowd favorite Tiger Woods made heads turned, as the former world No. 1 player in the world exited the greens because of an injury.