Every professional golfer all started small as they grow up to be who they are now. Their mastery sprung from endless cycles of practice, repetitive counts of mistakes, and numerous golf matches, until they have perfected the right swing and the perfect smash to get a champion score.

As the old saying goes, “You got to be a root before you become a branch”, every single golfer starts from a motivation, drives himself through determination, until he reaches the hard-earned success. These all do not come out overnight.

And on Nike’s latest golf film, these lessons will all be told from a true story, inspired by two golfing legends, who through a ripple effect of inspiration, got a hold of their dreams.

Extraordinary athletes serve as idols to the next generation. Their greatness inspires, and in turn, the inspired become role models themselves. Tiger Woods idolized Jack Nicklaus. Rory McIlroy looked up to Tiger Woods. And now, Woods and McIlroy compete side by side as they fuel the dreams of sport’s future greats. It’s a ripple effect.

In that vein, Nike Golf has created a new film, “Ripple,” that captures the powerful influence of Woods on a young McIlroy. “Ripple” is a story of relentless pursuit by two remarkable athletes, Woods and McIlroy, and their respective paths to greatness.

Produced in one- and two-minute versions, the film follows the inspirational journey of McIlroy growing up, captivated by Woods’s awe-inspiring performances, his strokes of genius, his athleticism and his swing. Seeing fist pump after fist pump, victory after victory, and with posters of Woods in his room, the film shows McIlroy dreaming of one day competing against Woods — symbolic of the dream held by many young golfers around the world. 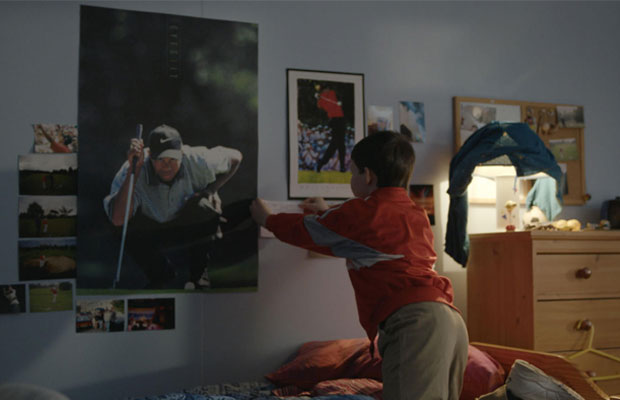 “As a kid, I looked up to Tiger,” said McIlroy, who hit a 40-yard drive at the age of just two. When I first saw him on TV, I remember being completely enamored by the energy he brought to the sport. His will to win. His determination. His fight.” 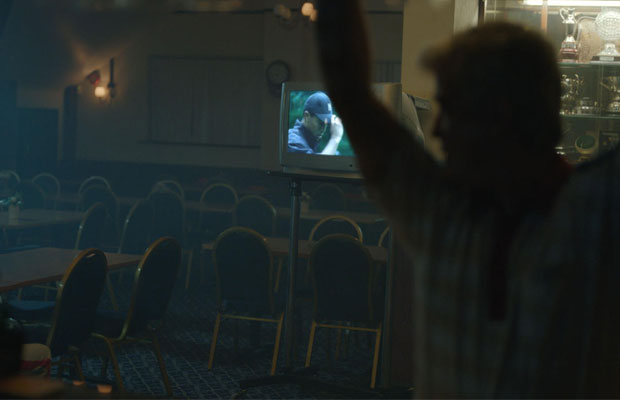 “I’ve been in that same situation,” said Woods. “Growing up, Jack was my idol. My first recollection of The Masters was 1986, when Jack won. I remember him making a putt at 17 and lifting that putter up. Fourteen years later at the 2000 PGA Championship, I got to play with and against him – someone I looked up to.”

The film begins with a reenactment of a young McIlroy intensely watching Woods win his first U.S. Amateur Championship on TV in 1994. A few years later, still from his hometown in Holywood, Northern Ireland, McIlroy witnessed Woods’s electrifying performance of winning his first Masters title by an astounding 12 shots. As the film progresses, we see McIlroy emulating Woods’s work ethic, perfecting his game in the rain, working on his putting stroke on a putting green at his house (filmed at his actual childhood home), with his mother Rosie and father Gerry supporting him all the way.

The film culminates with the two professionals competing against each other, walking side by side down the fairway –inspiration for who’s next. 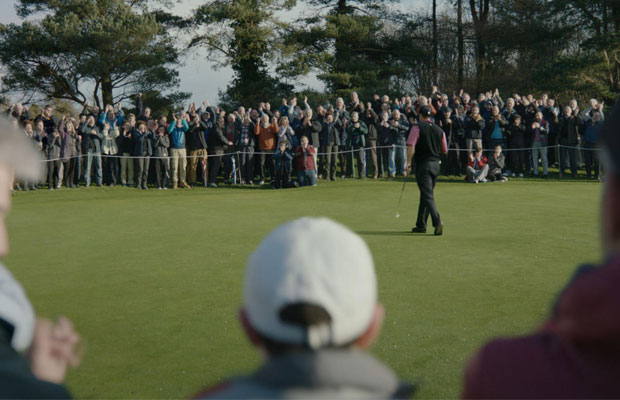 “It’s been an incredible journey for me, going from massive fan to competitor,” said McIlroy. “To think that not too long ago I was that little boy watching him on TV to where I am now. It’s been a cool journey and I’m very lucky I get to compete with and against him, because he inspired me as a kid and he inspires me now. He’s the best player I’ve ever seen.”

“It’s neat because I’ve been able to be a part of different generations of competitors. Now I’m competing against the younger ones. It helps me train a little harder, because these guys are athletic,” said Woods. 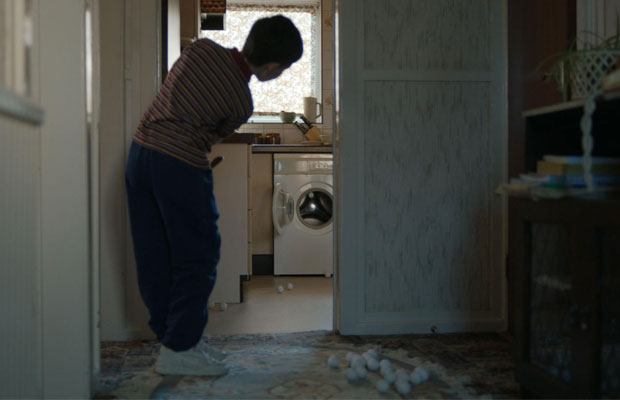 Created in partnership with Wieden + Kennedy, the film has two versions – a one-and two-minute spot airing on ESPN and The Golf Channel. The film director is Steve Rogers of Wieden + Kennedy and the music “Nuvole Bianche,” by Ludovico Einaudi.