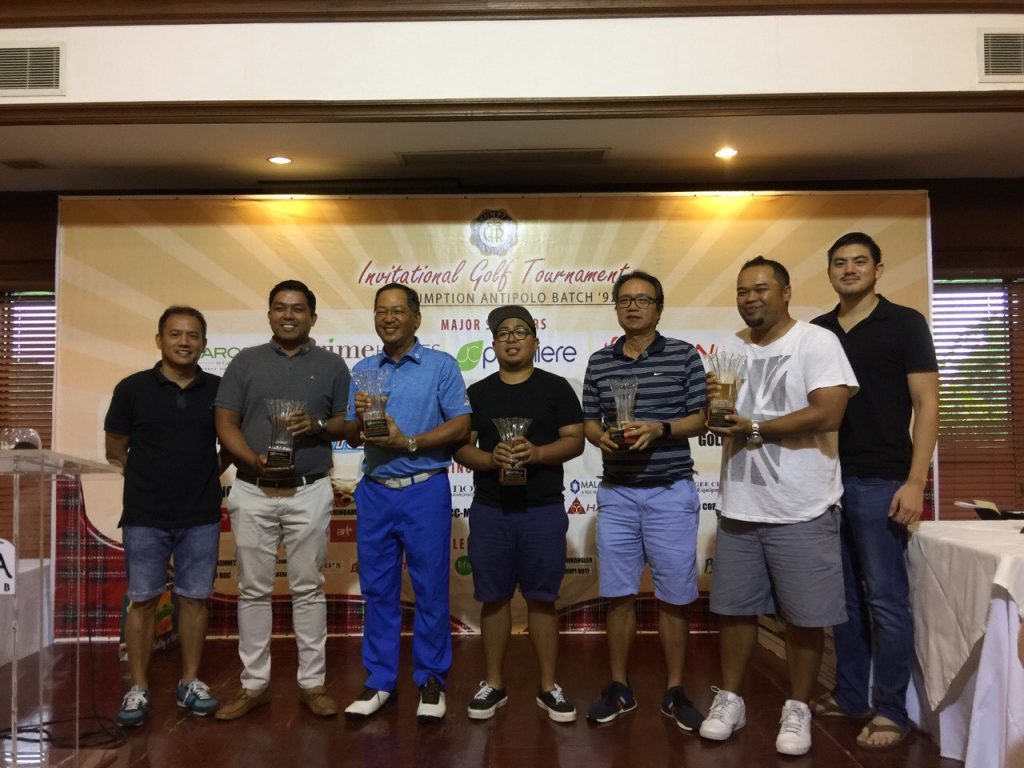 The rains have begun to pour but that didn’t stop 51 aspiring amateur golfers from making their way to the 2nd qualifying tournament of the World Amateur Golfers Championship (WAGC) held at the historic Sta. Elena Golf And Country Club last Monday, June 5.

Staged jointly with the Assumption Antipolo Batch ’92 Invitational Tournament, the golfers were put to the test by Sta. Elena’s famed Banahaw course.

Known for it’s picturesque fairways and slippery greens tightly guarded by the nasty rough and unpredictable bunkers, the golfers took on one challenge after another in hot pursuit of a seat in the WAGC national finals in October.

Noontime rainfall made things more interesting, but in the end, this did little to cool off the eventual winners in each of the five divisions.

In Division 4, the steady all-around game of Jeff Co (net 65) propelled him to an easy 6-stroke victory over Jon Santico.

Division 2 provided the most drama for the day. 18 holes were not enough for Darwin Mago and Blue Recto as they played nip-and-tuck throughout the round to end up with indentical net 70s that needed a “count-back” playoff. The playoff saw Mago barely escaping with the win by a single stroke.

In Division 1, Abraham Avena (net 71) needed a blistering 34 on the back nine to roll past the front nine leader, Lisandro Opulencia, to snare the division with a 3-stroke victory.

And so, five more winners march on to this year’s national finals. Given the excitement of this 2nd qualifier, we’re pretty sure the next qualifying tournaments will just be as exciting, if not more exciting.

Special thanks again to the Assumption Antipolo Batch ’92 Golf Committee for doing an Amazing job. Overall, the tournament was run very professionally and everyone left happy. Each participant also got several free giveaways including a free branded golf hat and tons of raffle prizes courtesy of their sponsors.

For more information on the next WAGC qualifier and other important news and updates, go visit the WAGC website at www.wagcphilippines.com.