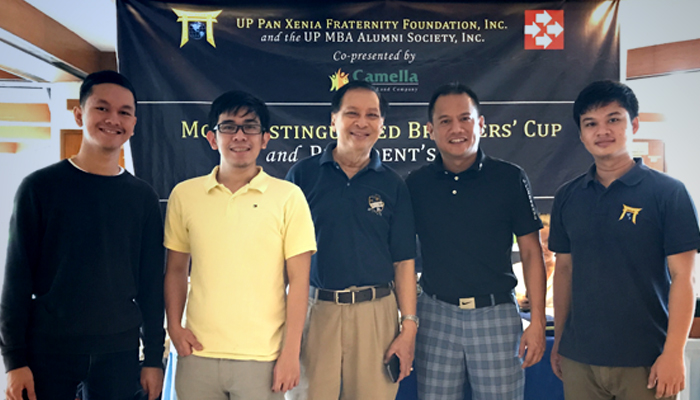 The University of the Philippines Pan Xenia Fraternity Foundation, Inc. (PX Foundation) and the University of the Philippines Master in Business Administration Alumni Society, Inc. (UP MBA ASI) jointly hosted the Most Distinguished Brothers’ Cup And President’s Cup golf tournament at the Valley Golf and Country Club in Antipolo last July 27, 2017.

Despite the heavy rains brought by Typhoon Goryo, avid golfing “brods,” alumni, sponsors, and friends trooped to Valley Golf’s North Course to enjoy an eventful day with good golf, good food, good prizes, and most of all, great fellowship. 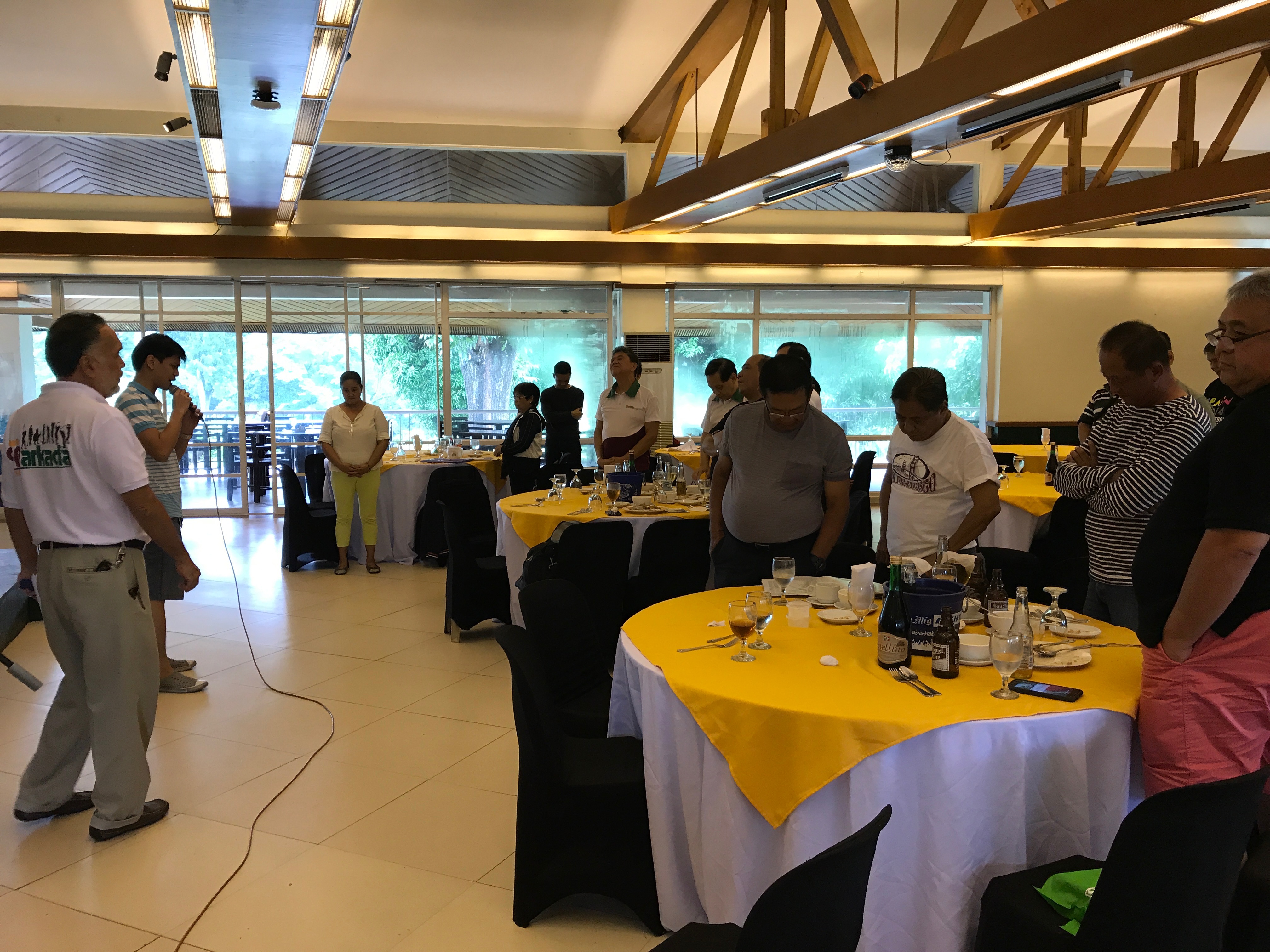 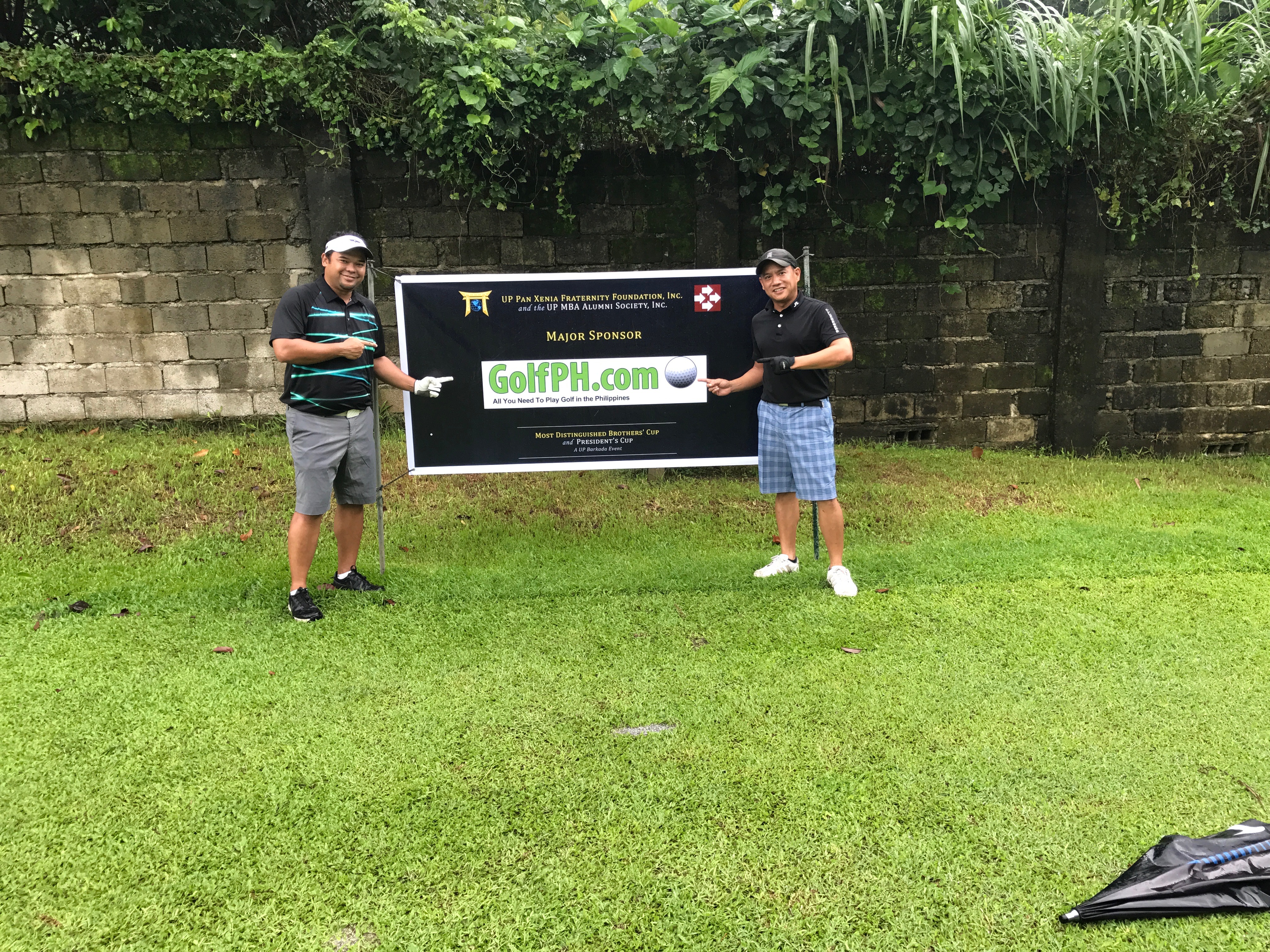 All the participants brought home a raffle prize (some had more!) in the well-organized affair, but of course, just like in any tournament, it was still the winning players on the fairway who basked in the spotlight. 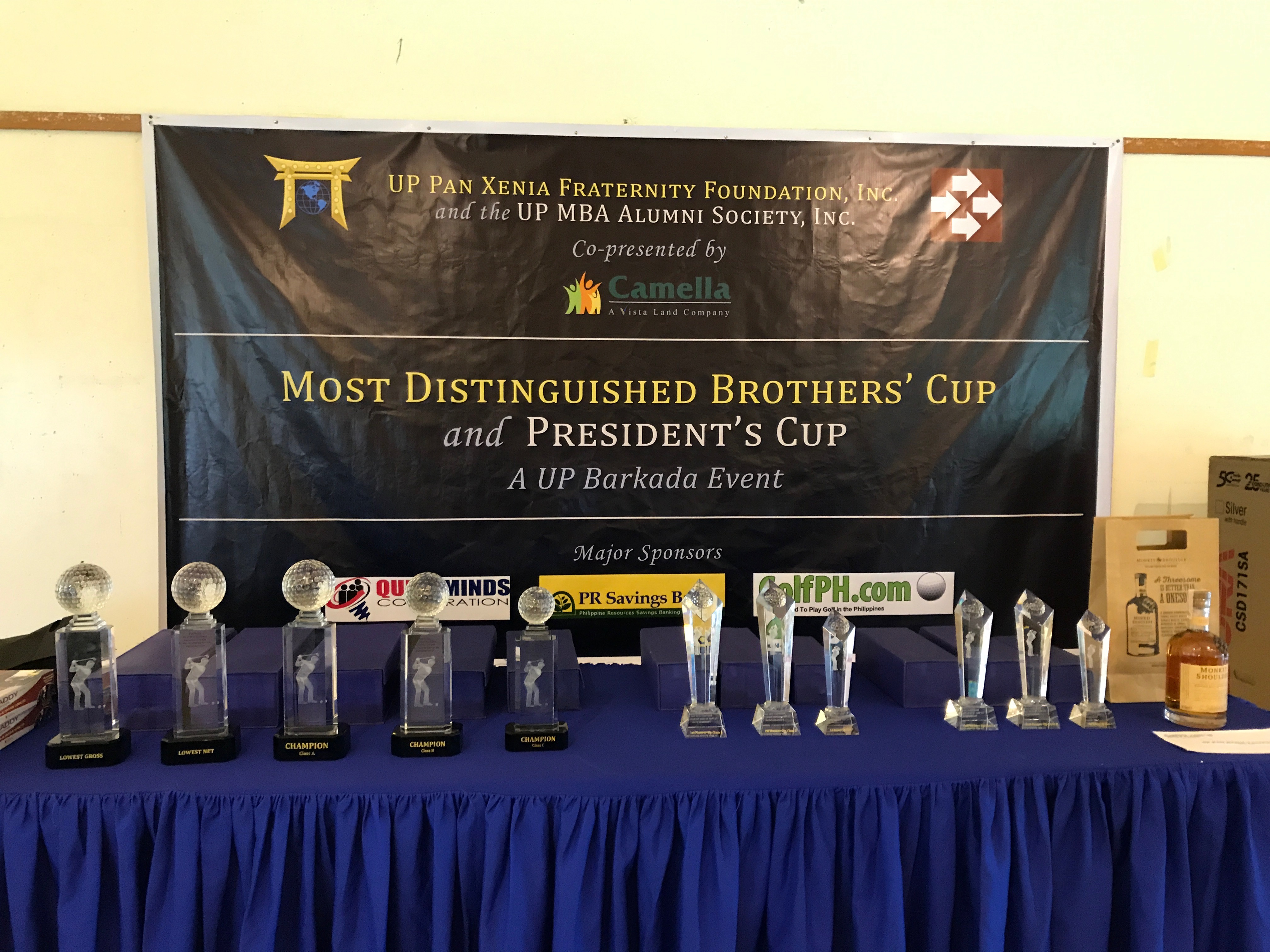 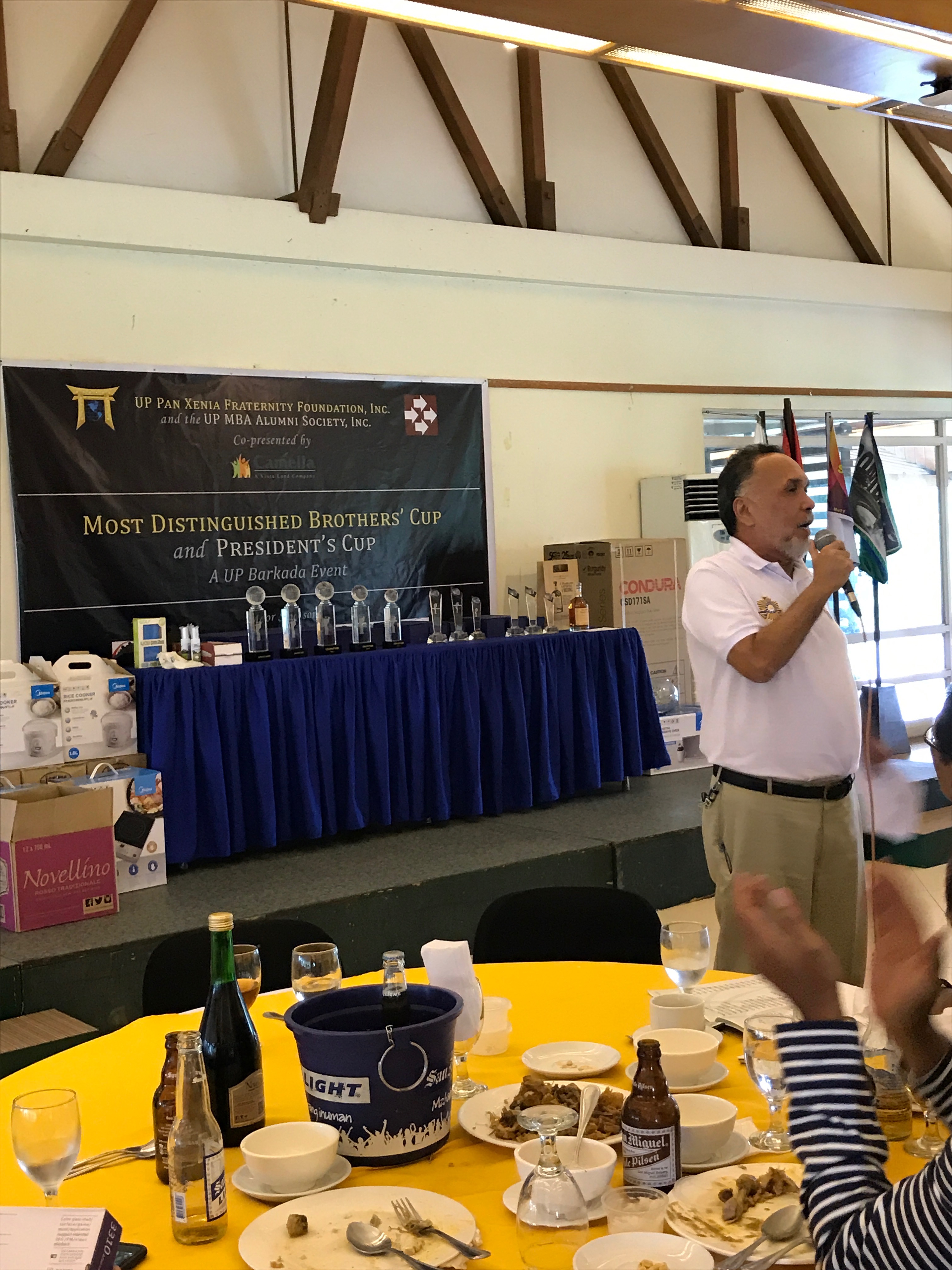 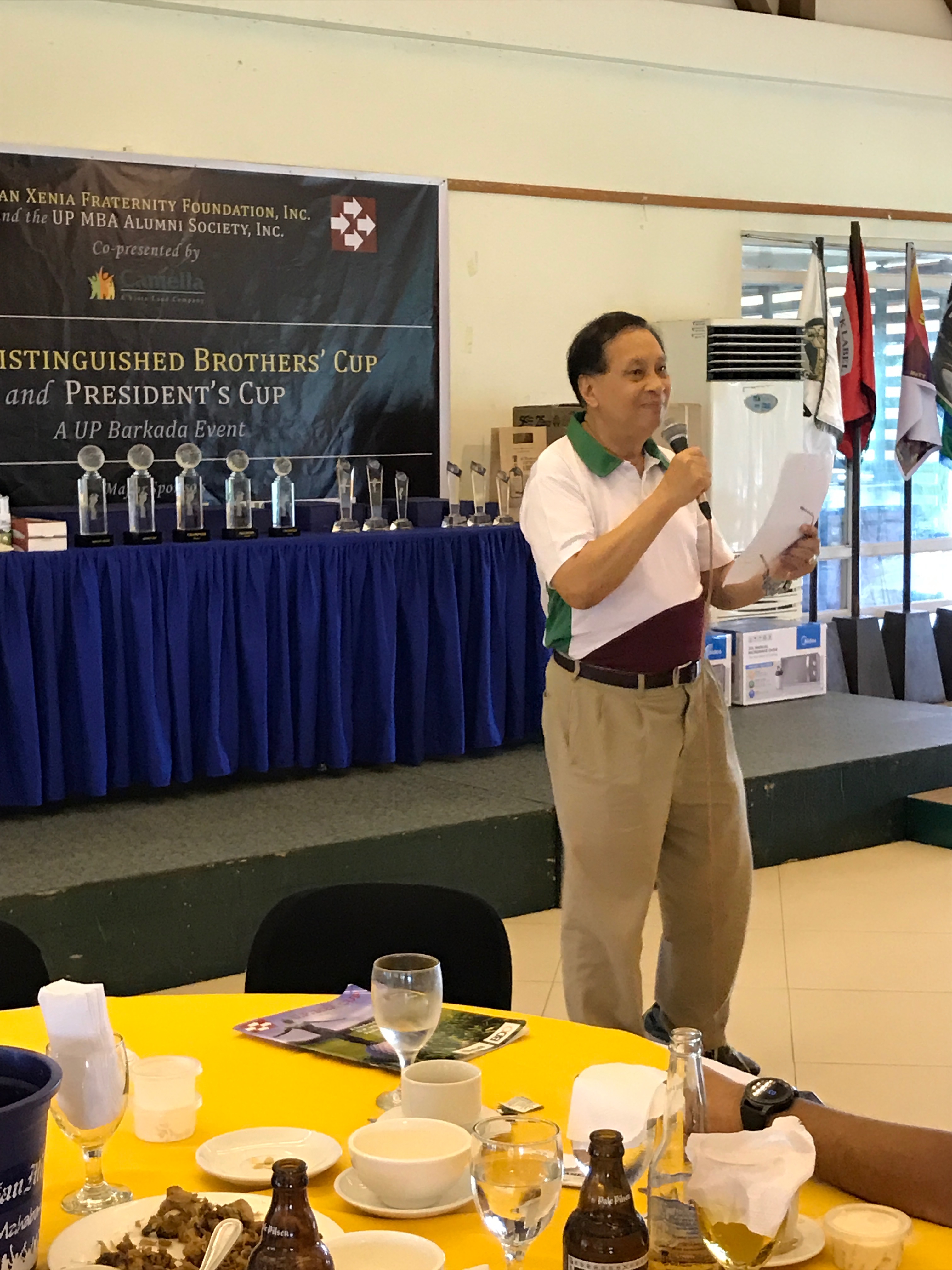 The tournament, co-presented by Camella homes and run by first-time host Pan Xenia fraternity, was held in order to raise funds for scholars of the UP Cesar E.A. Virata School of Business (UP VSB) and other events for the respective organizations. The PX Foundation, the alumni arm of the Pan Xenia Fraternity, and the UP MBA ASI are both prominent organizations with strong ties with the UP VSB.  To show their support, the other fraternities within the UP Barkada fraternity association, namely, Alpha Phi Omega, Beta Sigma, Sigma Rho, and Tau Gamma Phi were present in full force. 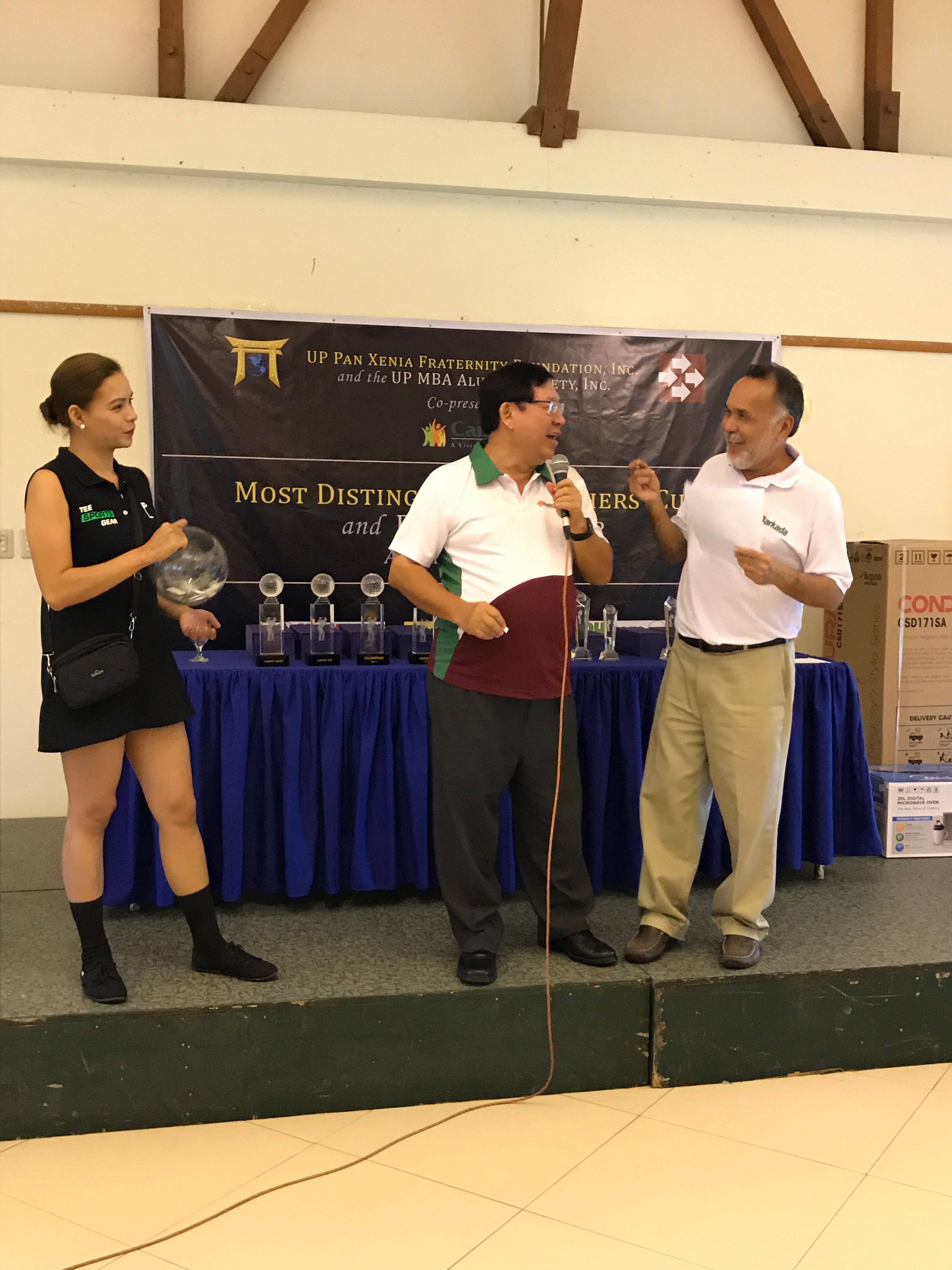 Melito “Bimbo” Salazar, Jr. (President of UP Barkada) alongside the host 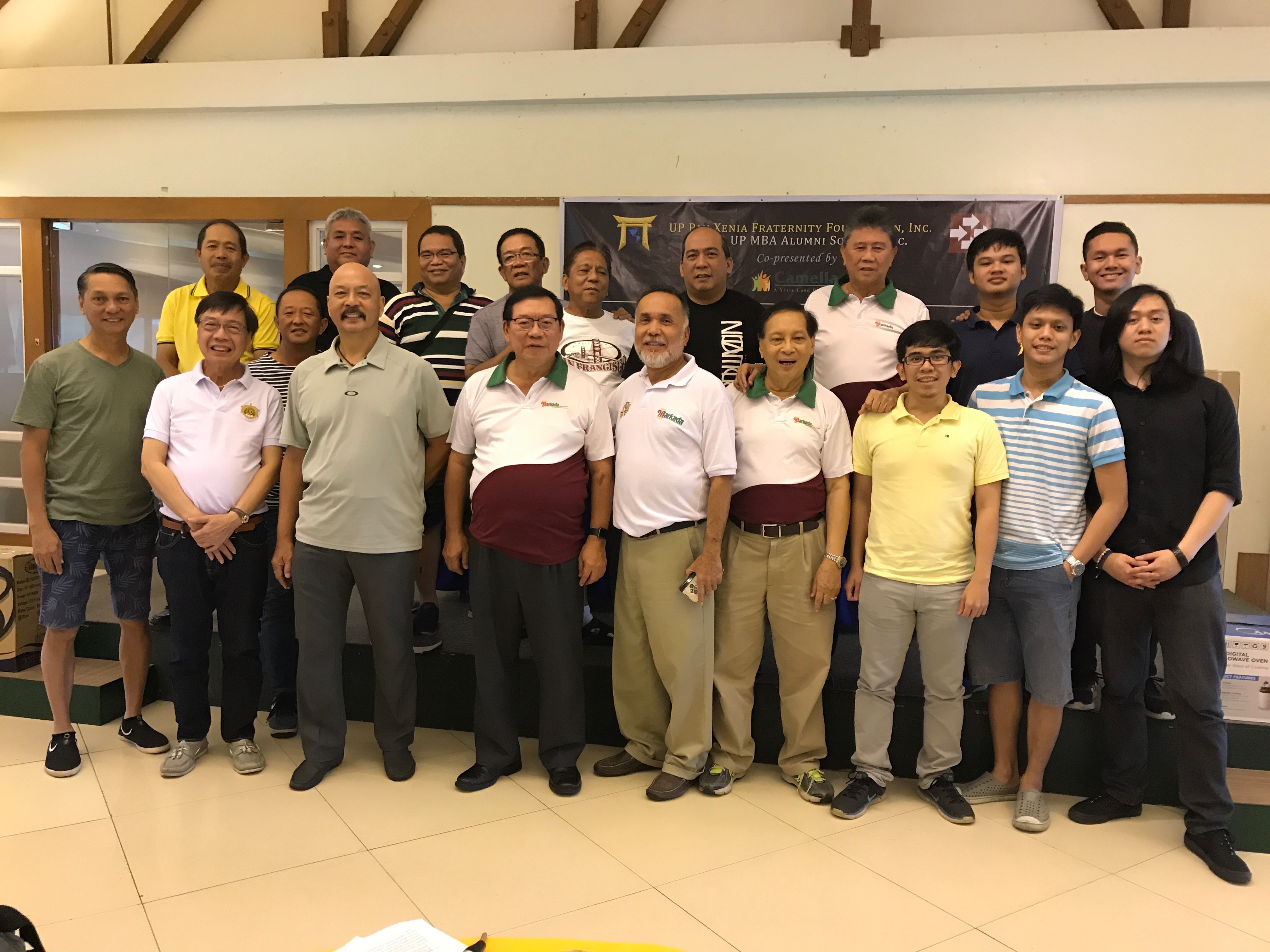 The Pan Xenia Fraternity was founded and organized in May 7, 1919 by a group of students and businessmen from the State University of Washington in Seattle, Washington. It was designed to encourage the highest forms of business relationships and goodwill among its members. Due to its meritorious aims and to the extensive business interests of its members, it did not take long before chapters were established in almost all states of the United States. The more prominent are those in San Francisco, New York, Chicago, Columbia (South Carolina), and Richmond with headquarters at their respective state universities.

On September 23, 1923, Dr. Macy Skinner, then professor at the University of Washington, seat of the Mother Alpha Chapter, founded the Philippine Alpha Chapter in the University of the Philippines Diliman. Chosen professors of the School of Business Administration of the State University were inducted as associate members. Professor Fermin Tecson Francisco was designated as the first local adviser, and thus, often was referred to as the “Grand Old Man” of Pan Xenia Philippine Alpha Chapter. The few selected members who were the first regular Pan Xenians of the new chapter were Francisco Santamaria Jr., Dominador Fargas, Dalton Chen, Antonio Aquino, Anselmo Trinidad, Juan D. Quintos, and Manuel Rustia.

The full name of the Fraternity is Pan Xenia International Professional Foreign Trade Fraternity. The Greek word Pan means “all-embracing”, and the Greek word Xenia means “goodwill”. Put together, Pan Xenia signifies the conduct of professional community activities on the basis of universal amity. Pan Xenia was intended to encourage the highest forms of business relationships and goodwill among its Members. Thus, it is only appropriate that the phrase “All-embracing goodwill” should be the official motto of the Fraternity. Moreover, Pan Xenia requires of its Members strict adherence to its Four Cardinal Virtues: Honesty and Business Ethics, Knowledge, Caution and Courage, and Appreciation of Human Relationships