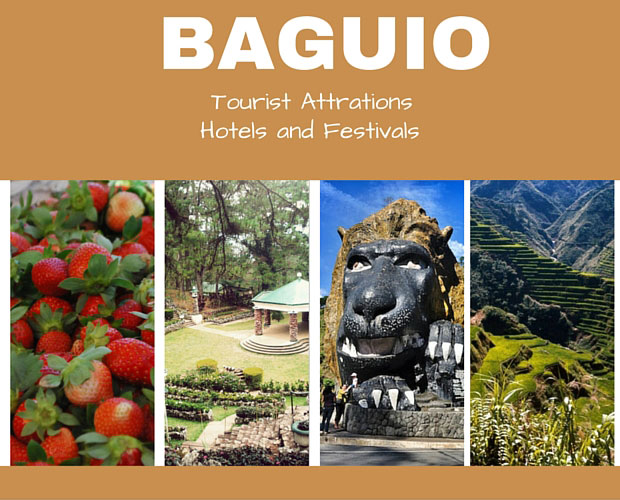 THE FRIENDLY PEOPLE IN BAGUIO

Fine courses in cool weather isn’t the only thing you will experience when you are golfing in Baguio. There is actually an abundance of activities and sights to see when you are in town for your golf vacation.

Baguio City in Northern Luzon, known as the summer capital of the Philippines is a popular destination particularly during the months of March, April, and May for both local and foreign tourists because of its cold climate. Also known as, “The Flower City of the North” it is a great venue for various outdoor activities. Come Christmas time, Baguio is also a preferred vacation spot.

Located some 250 kilometers north of Manila, it is nestled 5,000 feet above sea level of the Cordillera Mountain Range, the highest metropolis in the Philippines. In the heart of Benguet Province, it benefits from having political autonomy, being a character city since 1909. With an area of 49 square kilometers enclosed in a perimeter of 30.6 kilometers, it has 20 administrative districts where its 129 barangays are distributed.

Baguio before being discovered by Americans a century ago, was known as the “Rancheria”. Cattle and horses us3d to flock the area during dry seasons, but most of the time it was marshland with a shallow lake where the locals hunted for ducks and snipes.

The Americans saw Baguio as a place to build a future metropolis. A water source was found, pine trees were everywhere and grass covered the area. They immediately decided to make Baguio an admirable site for the future summer capital and health resort of the Philippines. Including building Baguio’s first golf club, Baguio Country Club and then Camp John Hay Golf and Country Club.

Today, Baguio is a melting pot of cultures. The diversity of indigenous ethno-linguistic groups enriches the socio-cultural scene. The Ibalois are considered the original settlers and together with other Cordillera groups such as the Bontocs, Kalingas, Ifugaos and Kankanais, comprise about 10 percent of the total population.

Other ethnic groups from as far as Mindanao also settled in the area. Local visual artists also gather in the city of pines for it is a comfortable space to hone their talents together with their contemporaries.

Baguio City is also popular for its vegetable and strawberry produce. It is also an ideal place for golfers and those who love to trek. Simultaneously this promotes environmental awareness and education for both the young and the young at heart. It is a mountain paradise with a cornucopia  of attractions that will surely entice any tourist to visit more than once.

At the heart of downtown Baguio is Session Road. This incline cuts through a row of business establishments which includes restaurants, groceries, drugstores, bookstores and other specialty shops. Marvel at quaint tribal memorabilia while Igorot sidewalk vendors convince you to purchase unique love potions and herbal cures. Nightlife converge to wine and dine until the wee hours of the morning.

It is about two kilometers northwest of the town center. It is a replica of an Igorot Village that was built on the side of a hill. It is possible to stay overnight in these original Ifugao Houses, the brainchild of the Chanum foundation, a group of artists who are dedicated nurturing the native culture in the Cordilleras. There are demonstrations of handicraft skills like weaving, wood carving and rice production.

The life vein of Baguio courses within and throughout he central market. No trip is complete without a visit to its showcase of fresh vegetables, fruits, flowers, preserves, handicraft, silver, bras, jewelry and even surplus army goods.

Formerly a rest and recreation station of U.S. military troop, this facility was turned over to the Philippine government on July 1, 1991. The 535 hectare haven boast of a world class 18-hole golf course, wooded hiking areas, a skating rink, bowling alleys, tennis courts and a mini-Golf course. Camp John hay also has cottages, which are now open to the public.

Episcopalian missionaries have played an important part in educating the native Igorot. Visit the Easter Weaving Room and admire tattooed tribeswomen as they create the most ornate weaves from the indigenous back strap looms and other more conventional looms.

Every year, Baguio celebrates the Flower Festival or Panagbenga. It is a major tourism ebent in the city, drawing more local and foreign tourist with an array of floats lavishly decorated with flowers. There are floral street choreographed dancing to the tune of the panagbenga hymn performed by the flower-clad participants. The biggest Baguio Festival likewise features garden shows, exhibit, lectures, floral arrangement com-petitions, market encounter, and fireworks  display.

Focuses on Baguio as a spiritual center. The fist commemoration initiated by the religious sector of he non-government organizations started in March 1991 with the theme “Baguio, a journey to spiritual renewal”.

This is an annual event stated in November 1989 sponsored by the Baguio Arts Guild, the Department of Tourism and the Cultural Center of the Philippines. This envisioned Baguio to be the permanent venue for the festival. The features of the events are ethnic and visual arts, which include photography, film, video, sculpture and art installations. This is also usually at around the time of the famous Filipino-American Annual Golf Tournament.

A trade and tourism fair showcasing the products and services of the cordilleras.

The Ifugao plant rice according to the following calendar:

Pension Houses and Inns offer for as low as 1,000 for 4 persons.

Standard Rooms as low as P500 are also within the city’s vicinity. Prime hotels offer weekend and tourist packages and room rates approximately range from P1,200 to P6,000. Houses and rooms are also for rent, with rates depending on the location.

Session Roads is the main thoroughfare within the metropolis. Along this road are a number of coffee shops and fast food chains. Chinese restaurants, big and small eateries and specialty food stores line the streets. There is also a vegetarian restaurant located alongside Pilgrim’s Café  that many foreign tourists frequent.

HOW TO GET TO BAGUIO

One can travel by land or air. A local airline flies daily from Manila to Baguio I 40 minutes. Taking the bus will take around 5 to 7 hours depending on traffic and road condition. Flight arrival is at the Baguio Airport Road. If you take location of the bus terminal within the vicinity of Baguio.

There are four routes to Baguio. The Naguilian Road, which is an hour from La Union. Kennon Road, they popular zigzag road presenting a thrilling ride to the mountain city with glorious scenes along the way, is the shortest among entry points (only five hours from Manila). Light vehicles often take this route.

Or take the Palispis-Aspiras Highway, the most famous among travelers since it is the toll road taken by Baguio-Bound buses from Manila. It is a distinctly world class thoroughfare, boasting state of the rock sheds, a fly over, and anti-erosion structures. This is the same road where one can get a glimpse of the historic bust of former Pres. Ferdinand Marcos who envisioned the conception of the route to improve trade relations among the Montanosa and the Ilocos Region. Also, there is the Halsema Road that leads to the hinterlands of the Cordilleras.

HOW TO GET AROUND BAGUIO

Jeepneys and cabs are available.