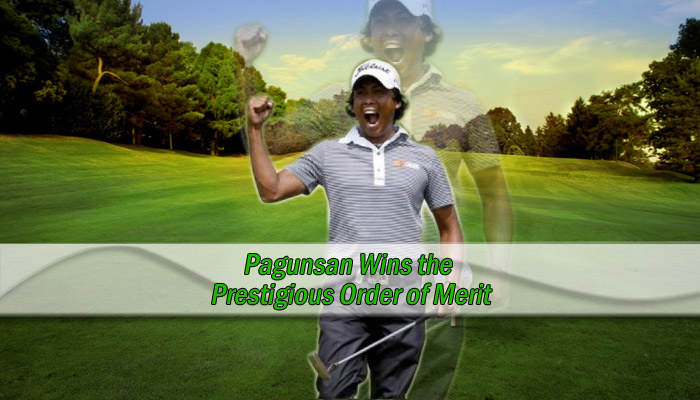 The 33-year old Juvic Pagunsan has once again made his country proud when he won the most coveted Order of Merit crown at the UBS Hong Kong Open last Sunday, December 4, earning him the privilege of being the first Filipino in the game’s history to play in the Asian Tour summit.

After finishing the closing round with a two-under-par 68, not only was he able to add US$ 55,000 to his total winnings of US$788,298 but he was also able to secure the lead with only the Thailand Golf Championship remaining to be played.

This season was quite remarkable for this young golfer and Pagunsan earning the Merit was once considered very unlikely. He was in the 64th rank when he entered the tour in November but he was able to finish at ninth place during the Taiwan Masters and also won as a runner-up at the Singapore Open, earning him as much as US$ 666,660.

Now, not only is he Asia’s number one, but he also gets to be exempted into the British Open as well as to the WGC-Cadillac Championship in 2012.

The Awards Gala will be held on December 18 at the Amata Spring Country Club in Thailand and Pagunsan will be officially crowned as Asia’s new number one golfer, replacing Korea’s Noh Seung-yul.