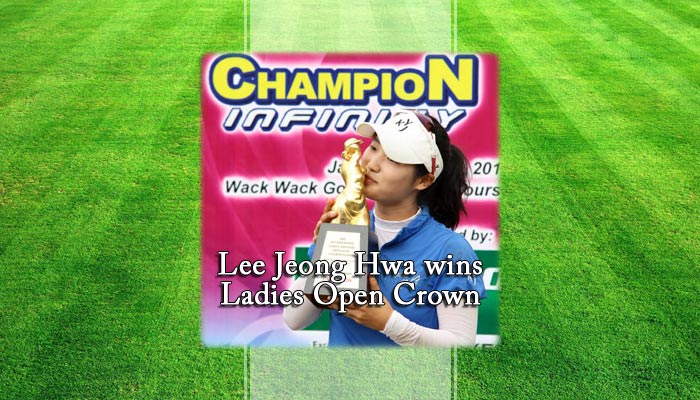 The premier gathering of lady golfers in the country, which was held at the Wack-Wack East course, was of a dramatic showdown. “Unpredictable” could very well sum up the events, with talents such as Sunshine Baraquiel, Andie Unson, Bianca Pagdanganan; and Thai participants Yupaporn Kawinpakorn and Supamas Sangchan all caught up in a whirlwind race for the win. Incidentally, mainly because of the wind and weather conditions, not one player can set a proper foothold on getting a safe and leading score.

Lee’s closest threat for the crown was the also the newest addition to the talent-laden ICTSI golf team, Princess Suparal. The 14-year old golfer showed grace in her form, only falling behind because of key par putts made by the Korean champion.

Lee’s win has spurred her desire to turn pro. She has recently cited her intentions to join the upcoming Korean Tour. Her Philippine Ladies Open win has also officially made her as the first Korean to win the country’s prestige female golfing tournament.