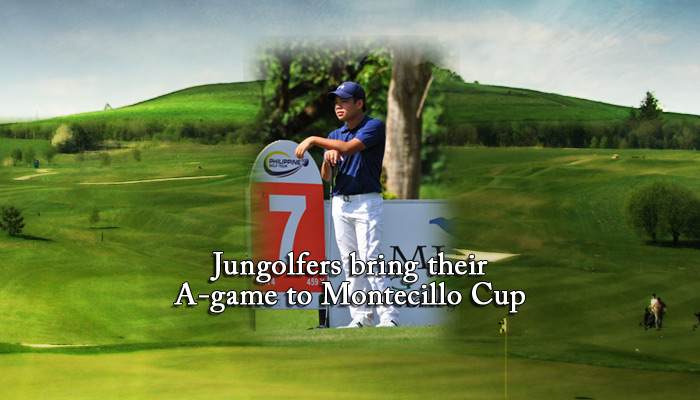 The Philippine junior golf players make a run for it as they compete against the best young players in the country in the second Montecillo Cup Junior Golf Championship to be held this Tuesday at the Palmer Course of the Orchard Golf and Country Club in Dasmariñas, Cavite.

Even though the former Junior World Champion Rupert Zaragosa has made a last-minute withdrawal, the team is still confident that they will bag the championship title, together with former national amateur champ Clyde Montecilla and the multi-titled Mia Legaspi.

Zaragosa, who got involved in a freak accident at his Canlubang home club, was required to take at least a month off playing, thereby leaving Mondilla as well as his other teammates like Gio Gandionco and Raymart Tolentino to push through the fight for Team Philippines.

Despite that, Luigi Tabuena, the president of Junior Golf Club Foundation of the Philippines, said that the team is in perfect shape and couldn’t be more prepared as most of them have already been exposed to various big tournaments.

In fact, the other members of the girls’ team, including Andie Unson, Sarah Ababa, Princess Superal, Sam Martinez and Bianca Pagdanganan are all prepared for the upcoming 50th Philippine Ladies Open which will be held at Wack Wack east.

Meanwhile, it is expected that other competing countries such as Thailand, Guam, Singapore and Indonesia will also send their top junior golfers to the said tourney.